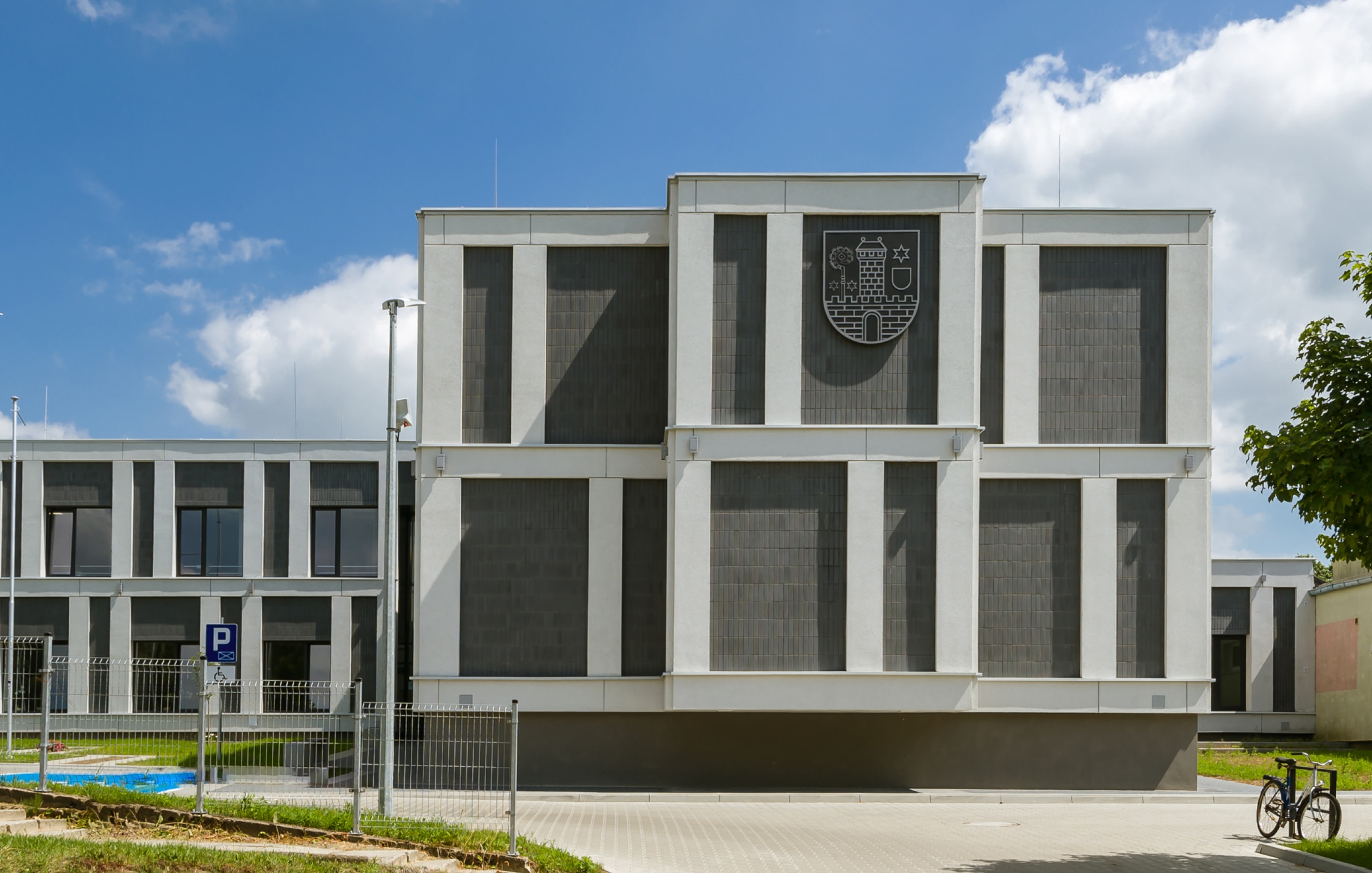 In the existing area, which already contained a school building, we were to design a large public utility building, including 3 functional areas. The first one comprised additional spaces for school extensions, the second, office space for the Commune Office, and the third, rooms and halls for the Community Centre. These three parts were supposed to be connected to each other and to the school building, and were also designed so that each of them could function independently without relying on the other parts.

We designed an architecturally coherent building with 3 separate wings. They are connected through an arterial two-storey hall. The left wing, which houses the school library, manual arts workshop, and a socio-therapeutic common room, is adjacent to the school building and connected to it. The wing with the local government administration offices spans two levels. It is on the north–south axis, giving the offices and the council chamber plenty of daylight, and the Commune Office employees have a view of the greenery surrounding the building. The rooms belonging to the Community Centre, including the amphitheatrical auditorium, are in the right wing.

Another challenge for the project was to find an adequate elevation for the building. On the one hand it had to be cohesive for the entire object and take into consideration the neighbouring school. And on the other it had to be varied enough to measure up to the differing functional requirements of the various rooms. Some of them, because of their functions, needed to receive more – or less – daylight.

In response, we designed an offset lattice layout, which includes light cornices and pilasters. They create a facade drawing with an asymmetrical, alternating rhythm. To fill these frames, we used planes of grey bricks and window woodwork. Dark fields of varying widths were placed alternately and moved relative to each other.

This geometric image was kept on the full walls as well as those with multiple windows. Thanks to this, the elevation is homogeneous but not monotonous. The building comes across as elegant and calm – impressive and humble as well. 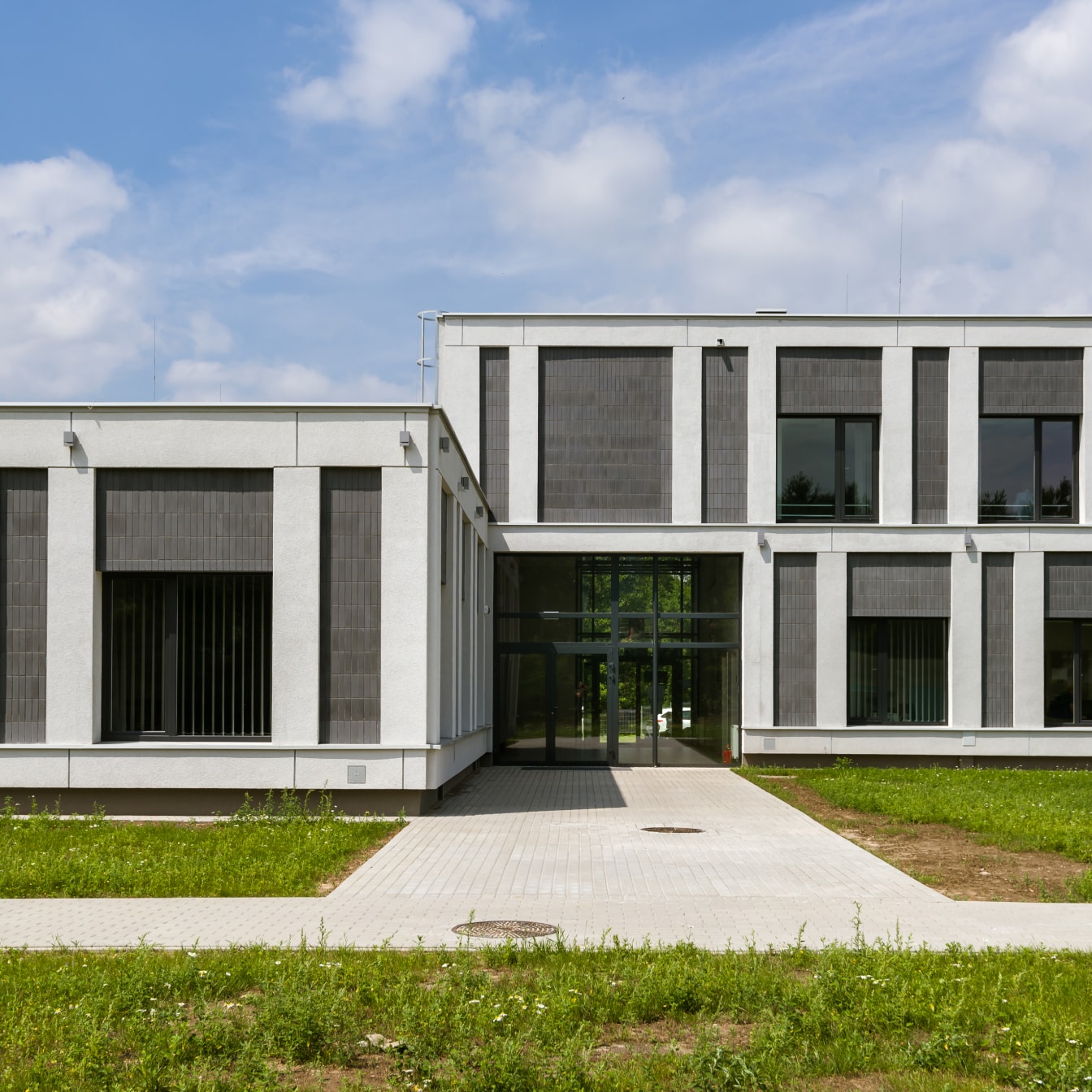 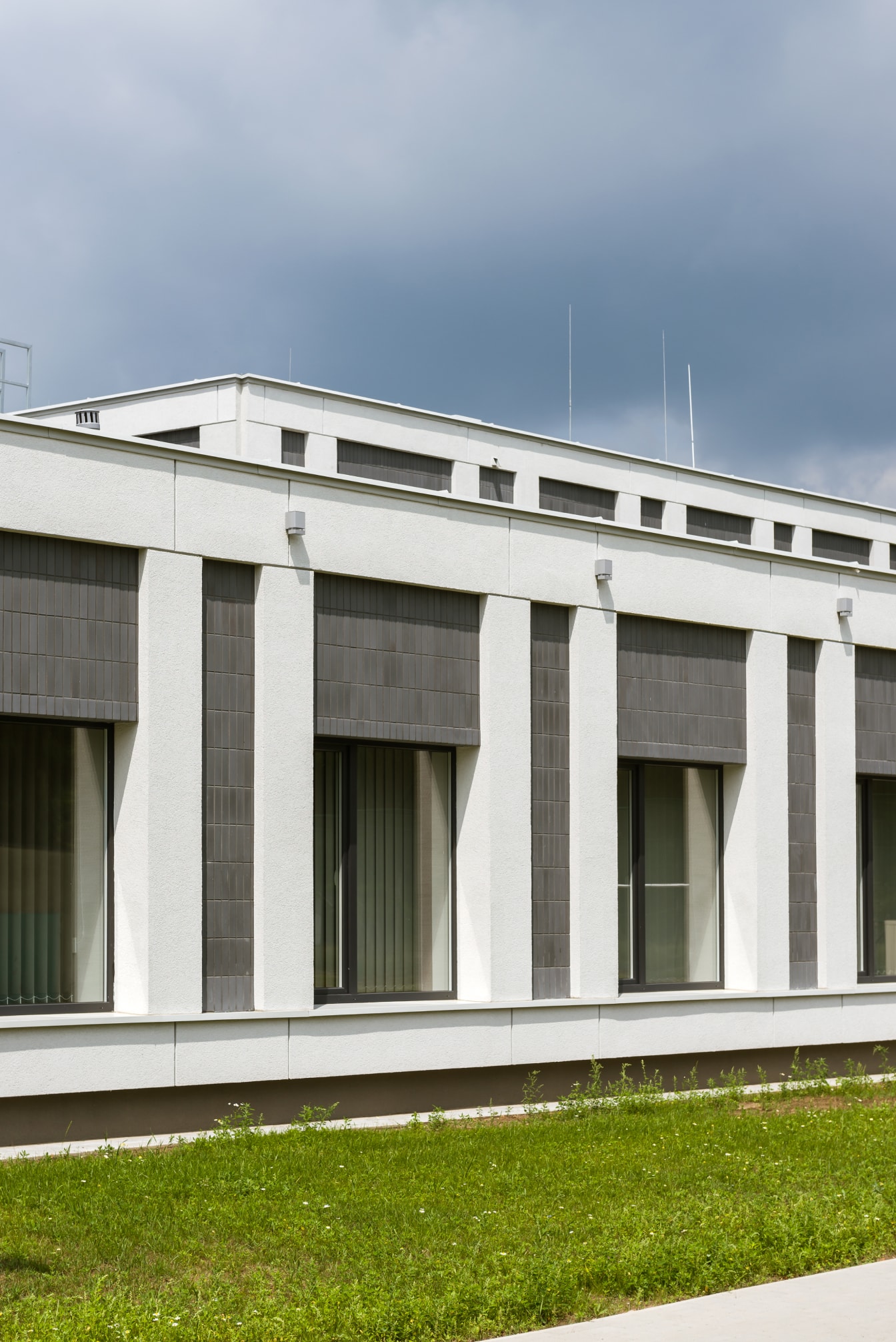 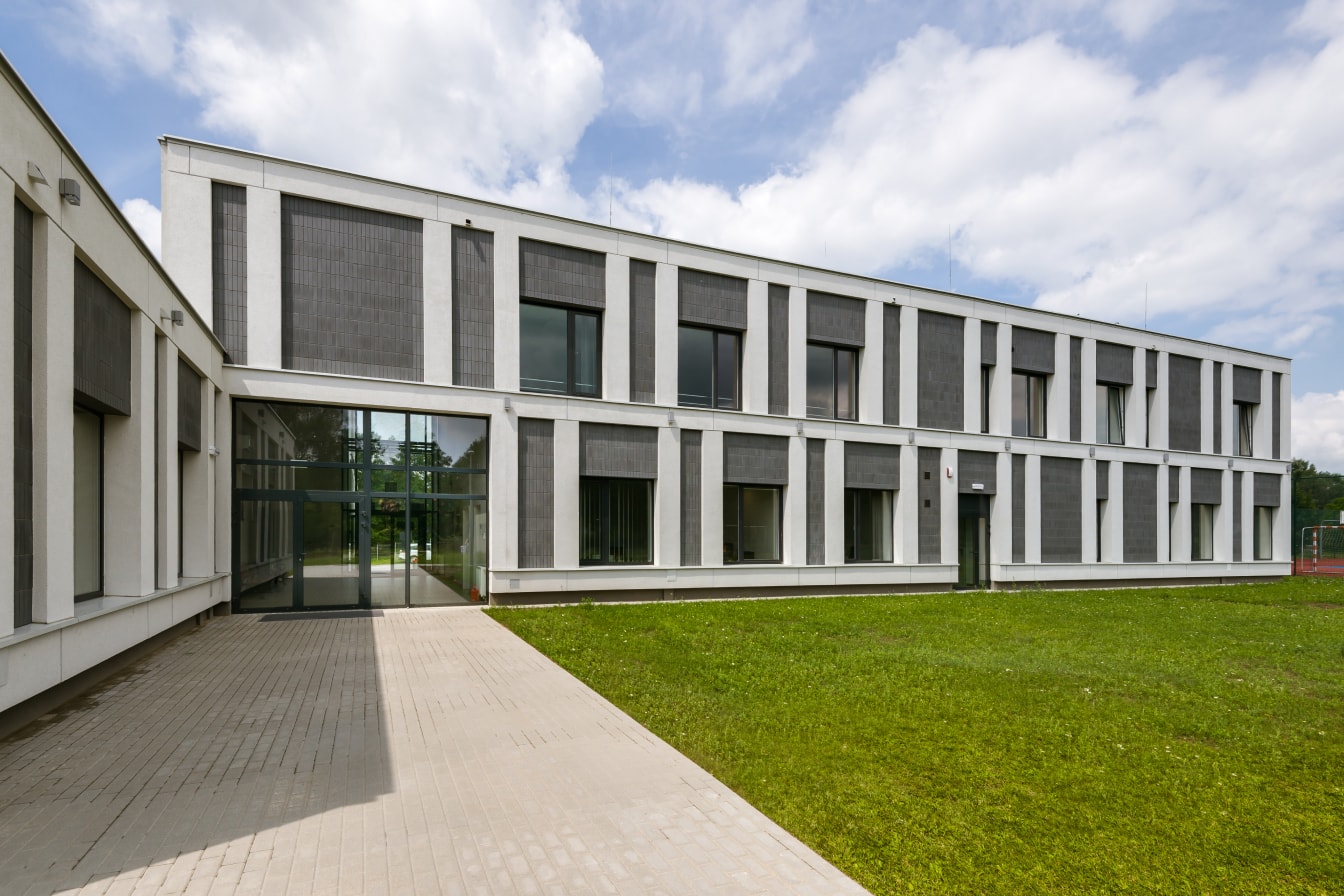 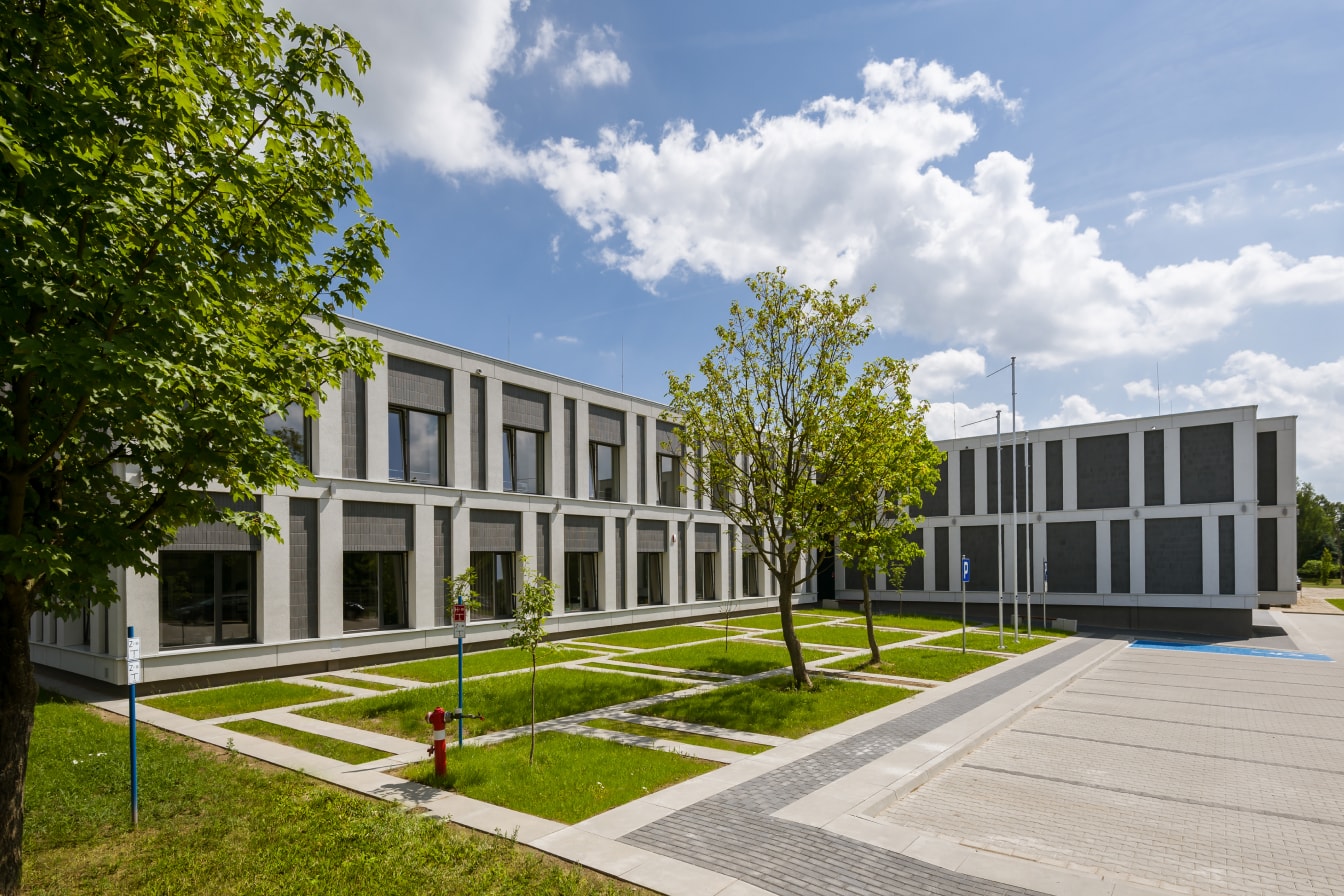 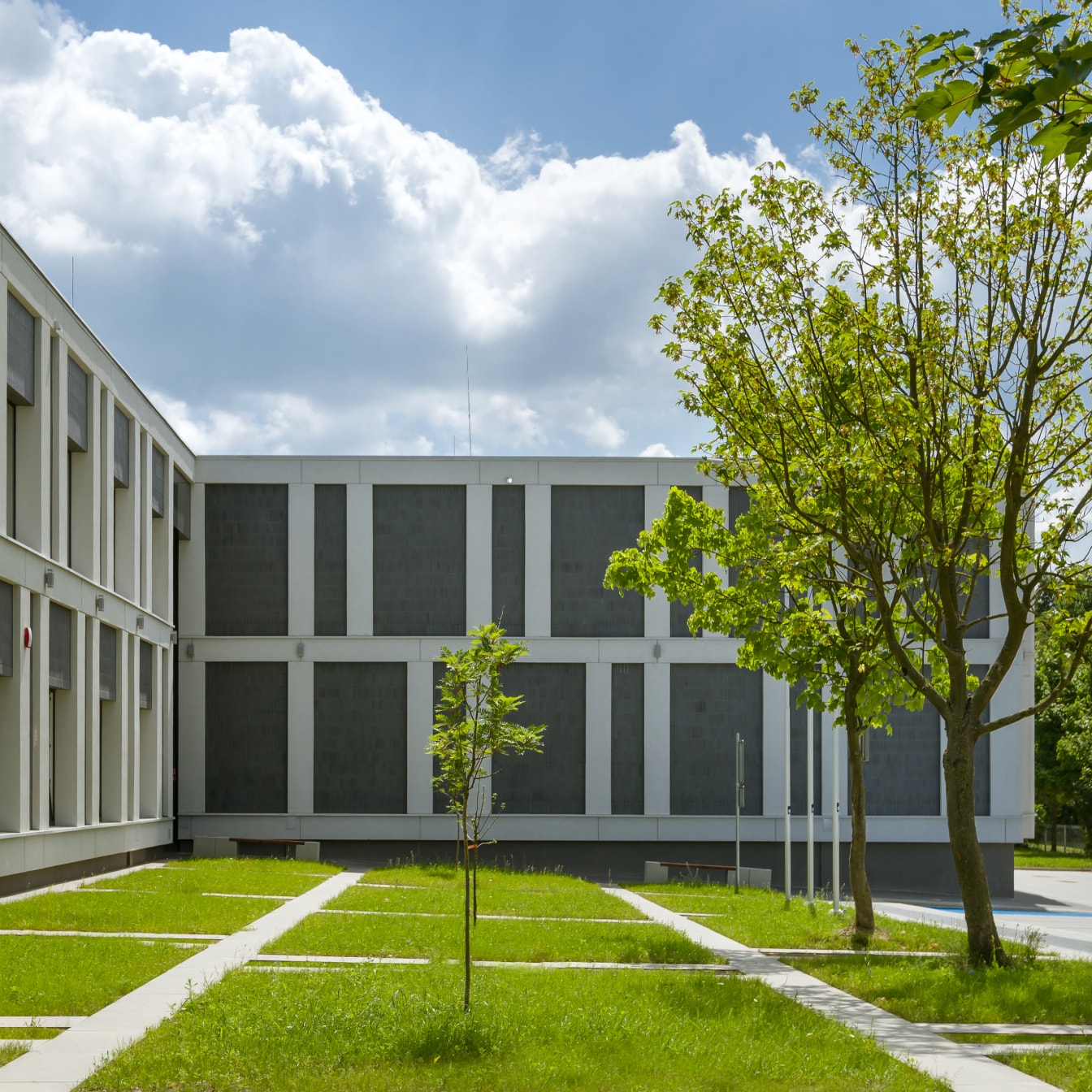 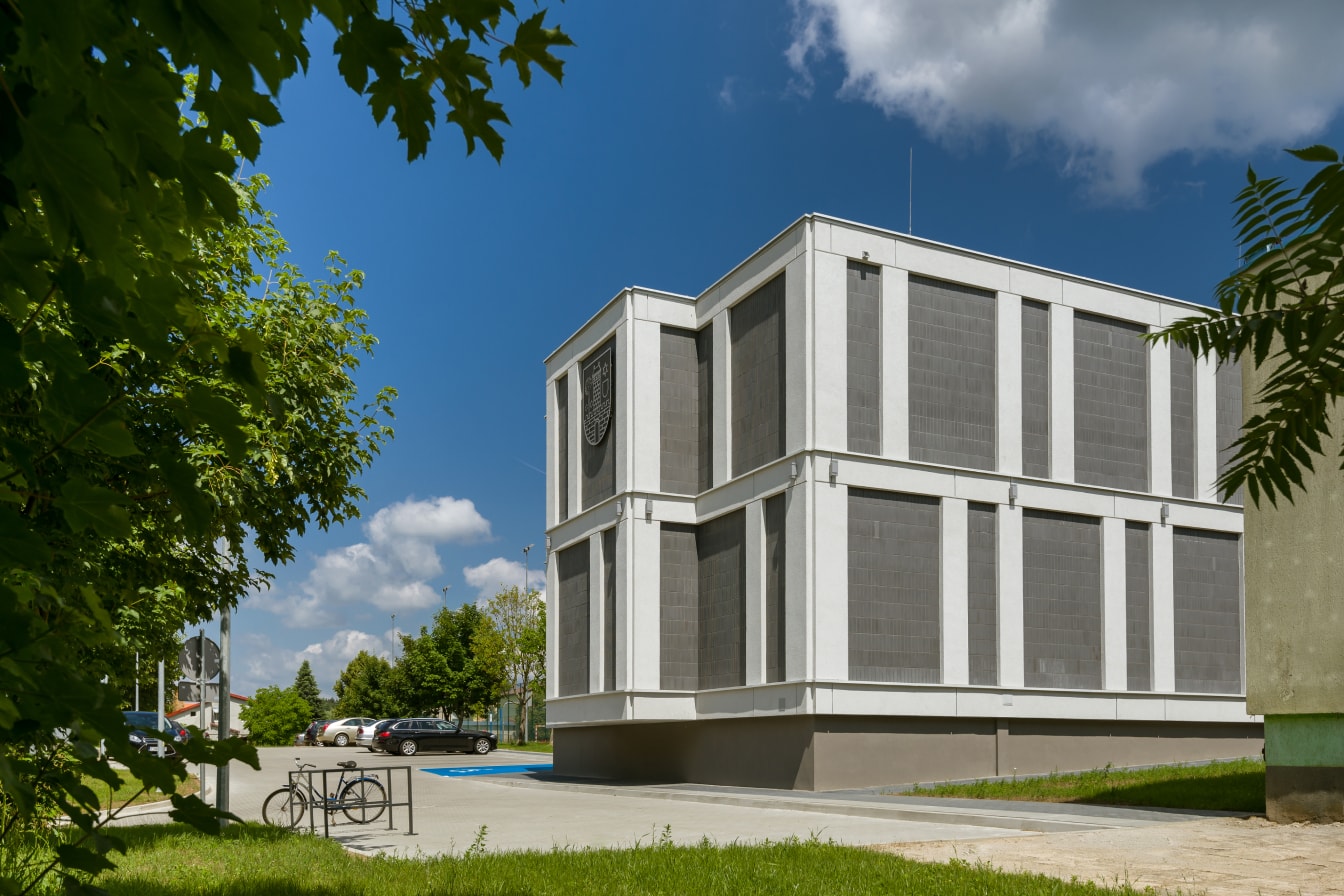 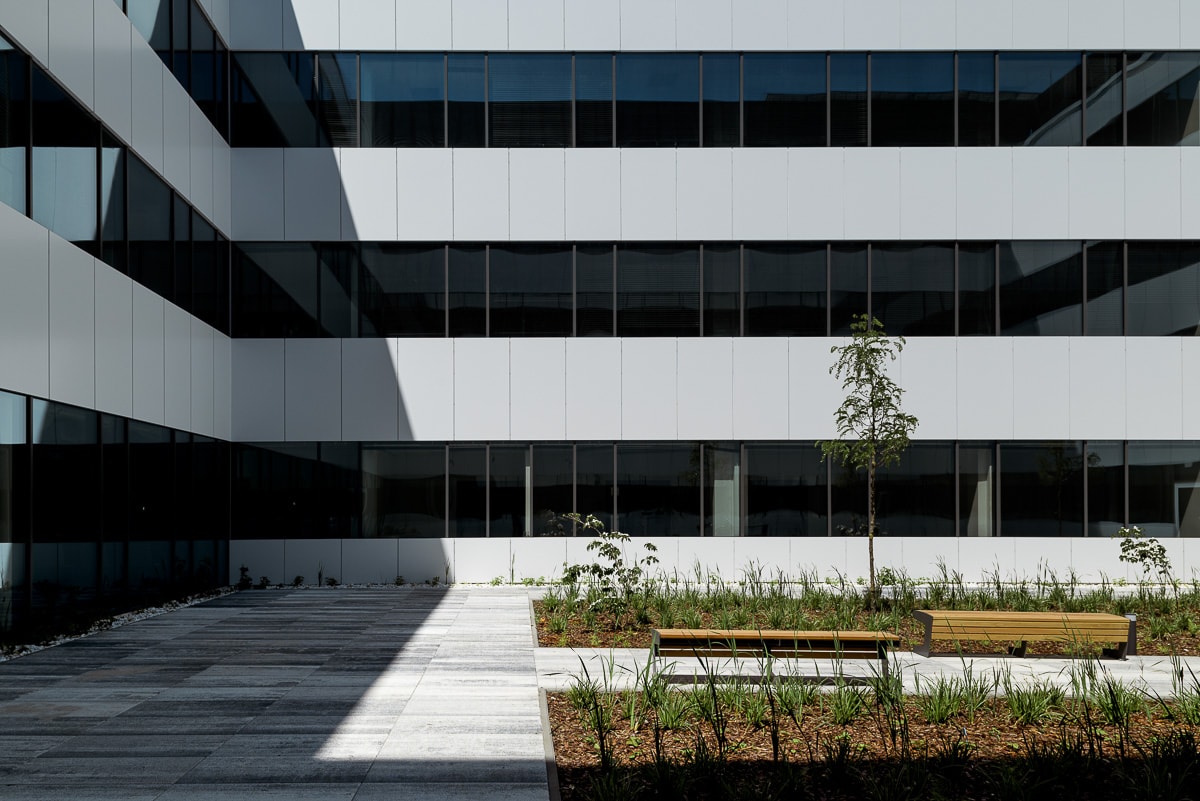 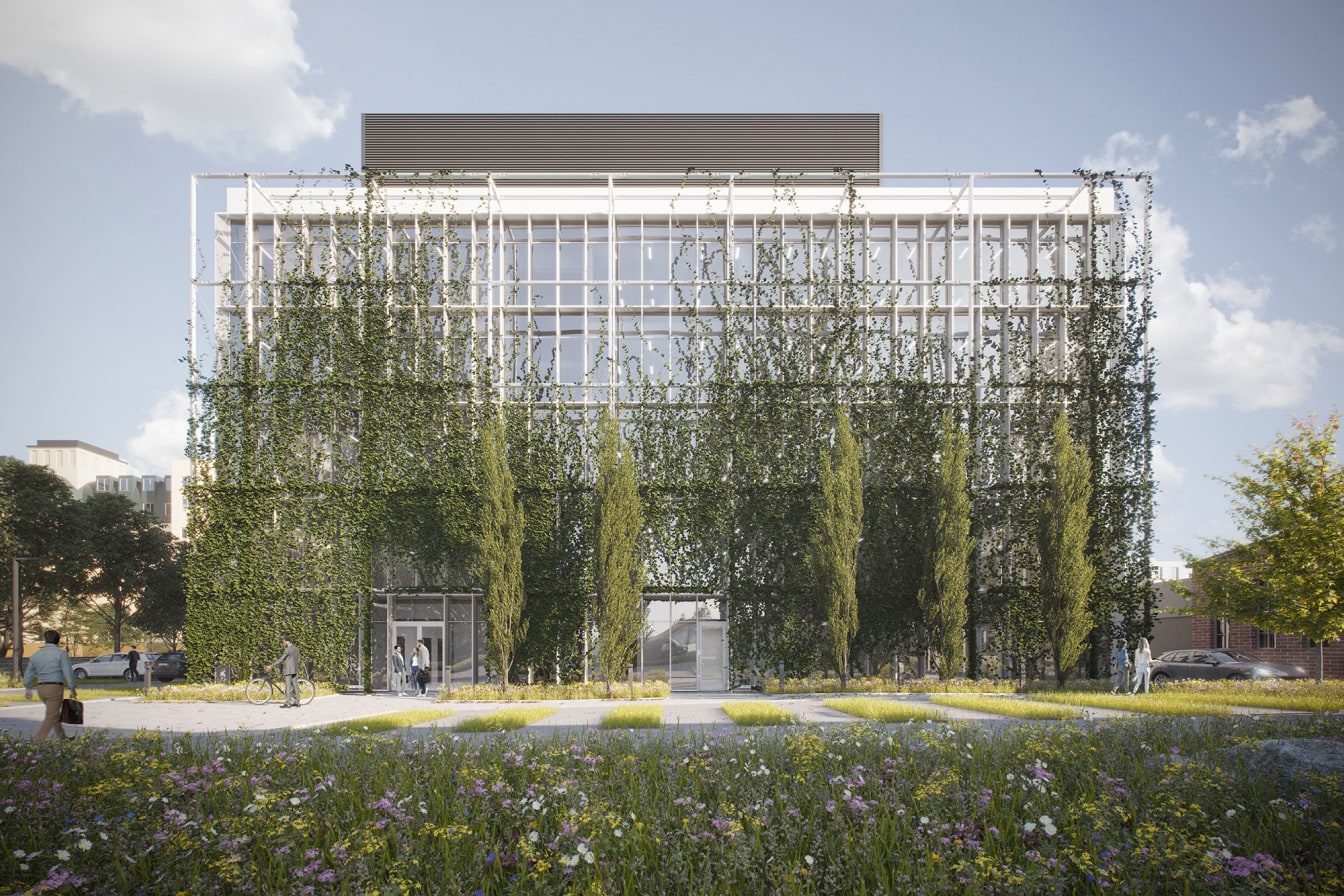 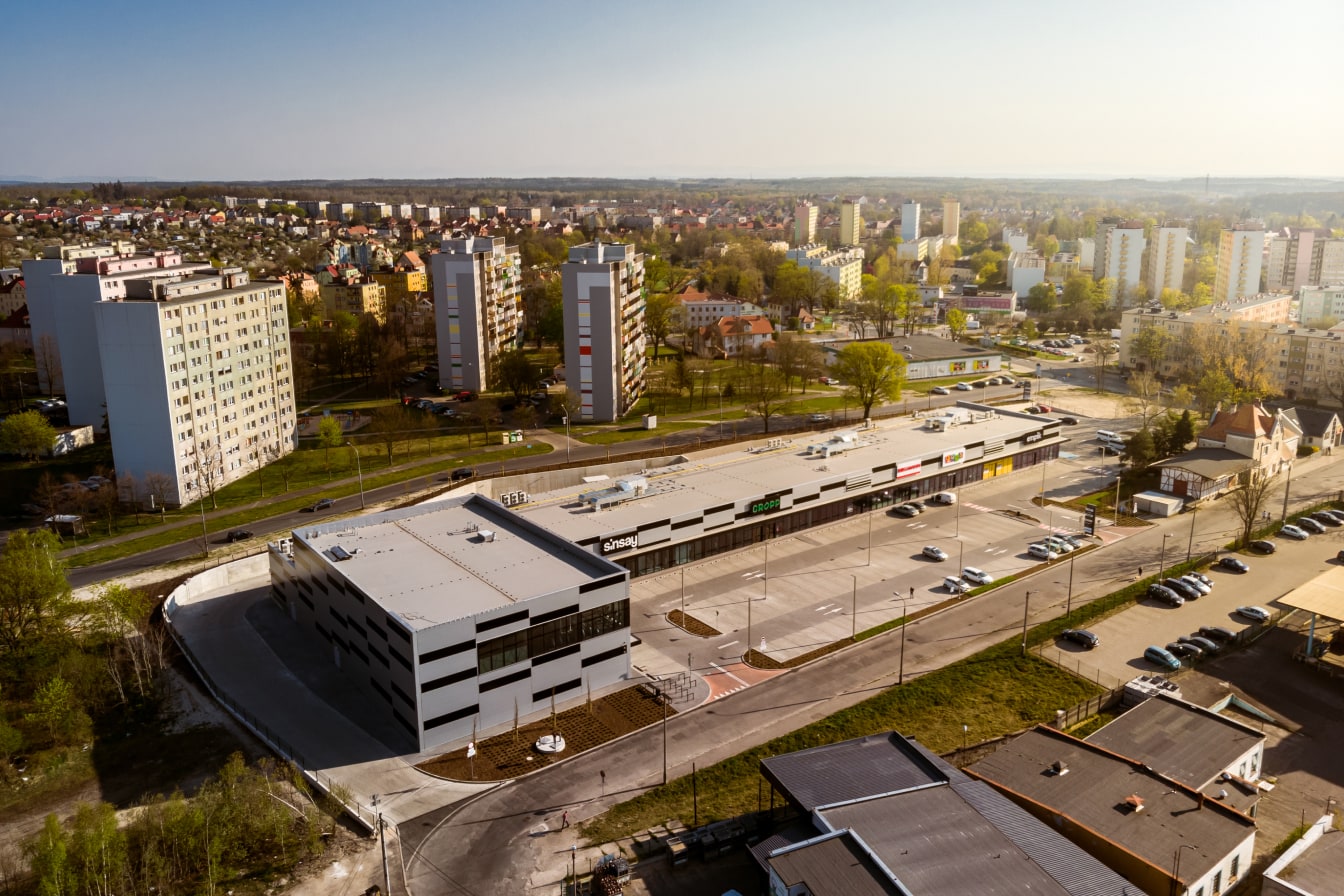