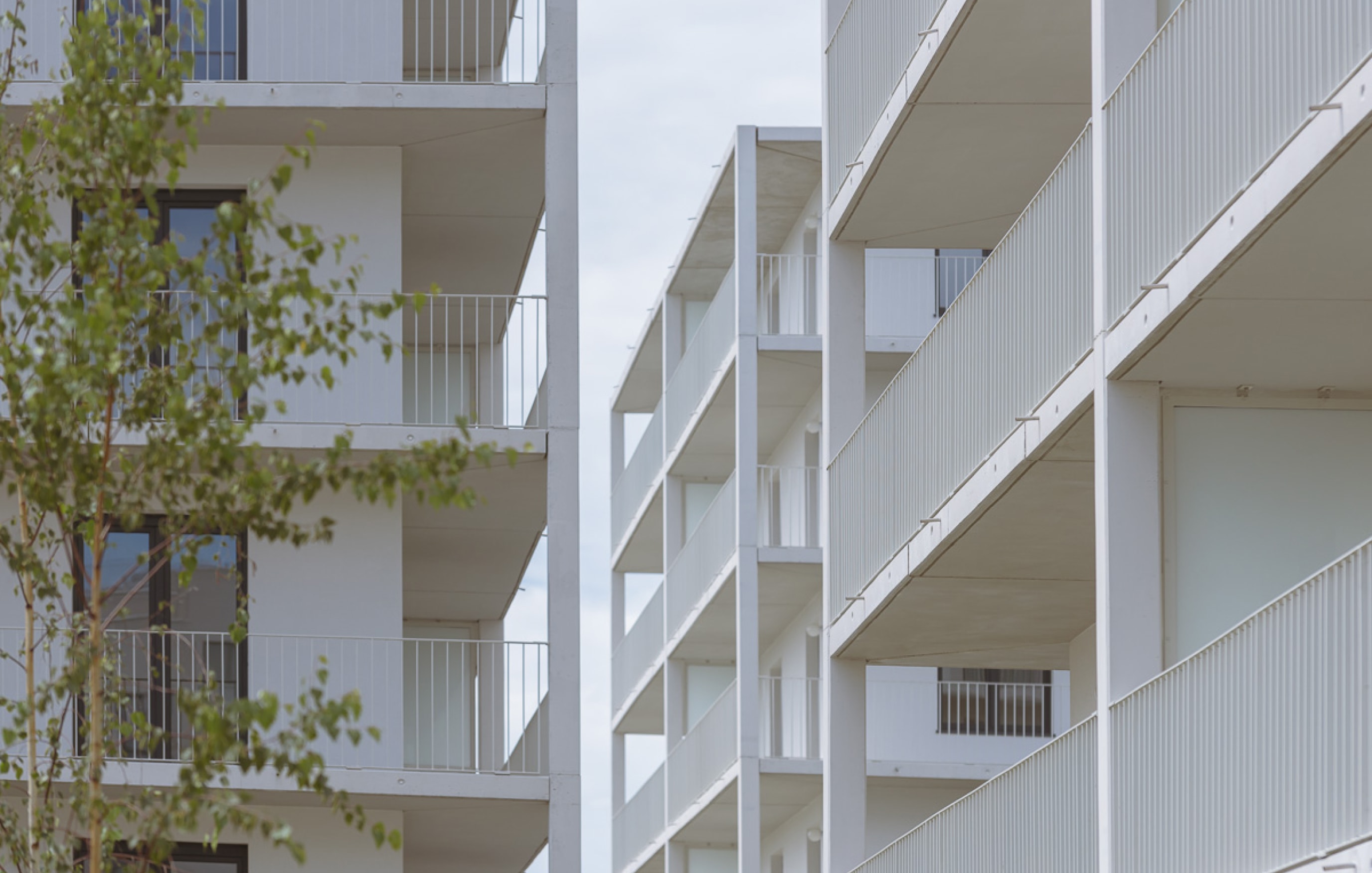 To create a model housing estate – this was our task. The enterprise was organised by the city of Wrocław and the Lower Silesian Chamber of Architects, with the cooperation of the Association of Polish Architects SARP Wrocław. Wrocław's best architecture studios were invited to take part in this project, ours included. The plan was to build an enormous real estate divided into quarters. Our studio participated in designing two of the quarters.

However, it wasn’t supposed to be an ordinary housing estate. The goal was to create an alternative to the mass-produced, uniform, often subpar estates offered on the real estate market. It was to be the answer to residents’ current needs, a space to facilitate creating and tightening bonds and to follow sustainable building trends. And above all, it was to be the architectural landmark of the European Capital of Culture 2016.

The investment included large multi-family apartment houses, smaller buildings containing a few apartment units and single-family terraced and detached houses. Owing to this architectural variety, model solutions for buildings of every size could be introduced. The estate was to include everything that makes life comfortable and the space was to be self-sustaining. A school, a kindergarten, a senior centre, a community centre, playing fields, courts, playgrounds, service and retail spaces and even a church. Everything within walking distance.

The inspiration for this project was the Wohnung und Werkraum (WuWa) exhibition organised in 1929 in Wrocław (then Breslau) by the Silesian branch of Workbund. It was one of eight similar projects carried out in Europe in the 1920s and 1930s. In its thematic display in the Centennial Hall and surrounding pavilions, one part of the exhibition was a model housing estate. It was designed by the most prominent architects with ties to the Breslau Avantgarde led by Heinrich Lauterbach, and built in the area of Zielonego Dębu Street. Even today, it is viewed as one of the more spectacular architectural experiments in the world. Wuwa 2 was to refer to architectural ideas dating back over 80 years and it became a contemporary interpretation of that approach to design.

Thanks to our participation in such a big, open project, we could think about the housing estate as a whole and plan its city-creating functions. We wanted to build a place to live in, where people are happy to be and to return to. That is conducive to spending time in nature and with other people. Where they can be alone, separate and private. Or they can be neighbourly, in common and open space.

The streets, squares, courtyards, and backyards make the space a legible gradation. The scale and building arrangement were designed to initiate close neighbourly relations. The same function is performed by private, half-open spaces between the buildings. The private areas are directly connected to the residential spaces. And the public common areas include squares, streets and lanes. Each of the areas, private and public, plays a different role, all equally important for social life.

The division of the housing estate was created naturally by the building’s architecture and the arrangement of the surrounding space and infrastructure, as well as the landscape and plants. Without fences, walls, wires or cameras, we still achieved a sense of security based on something other than control, namely close relations and a sense of belonging and responsibility for others. 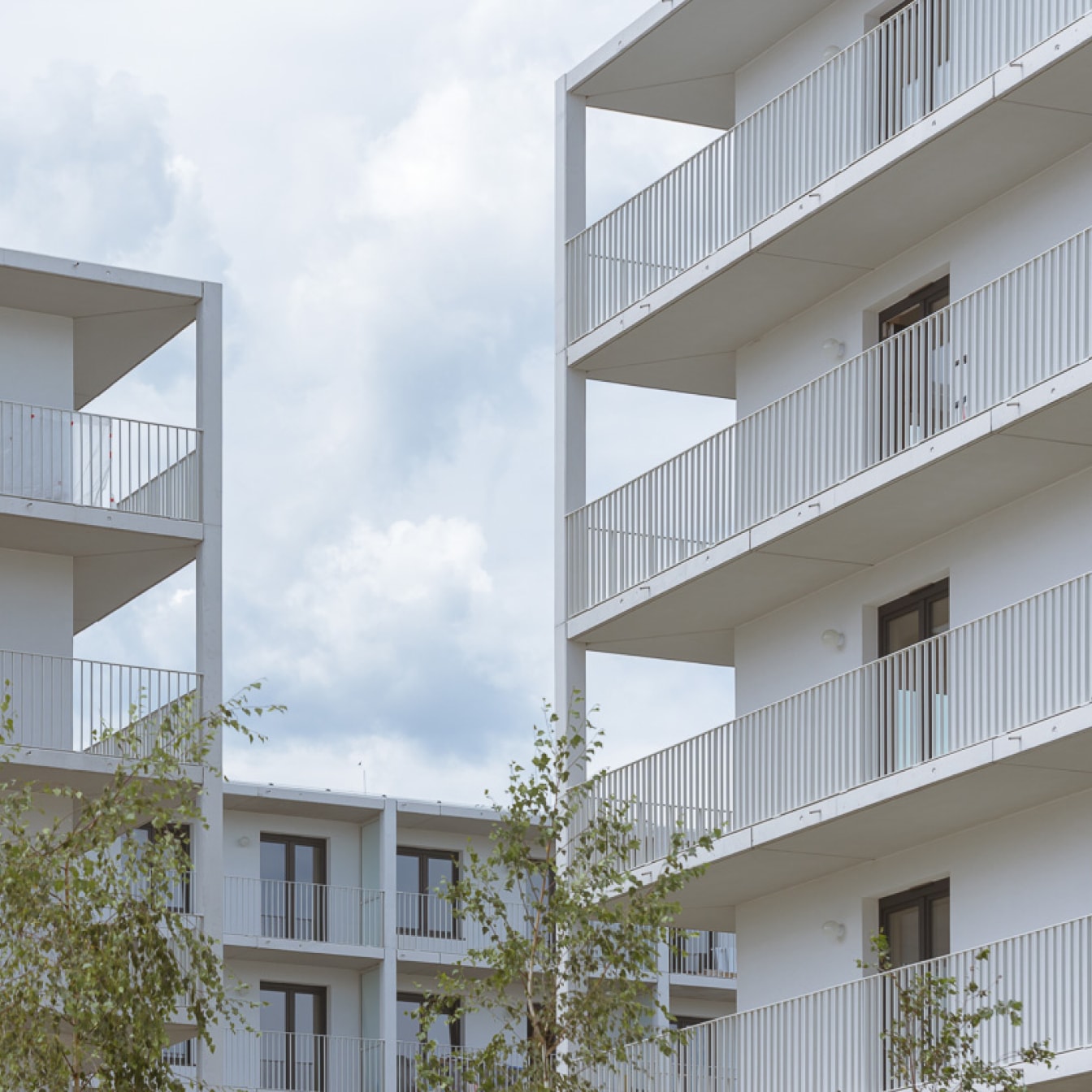 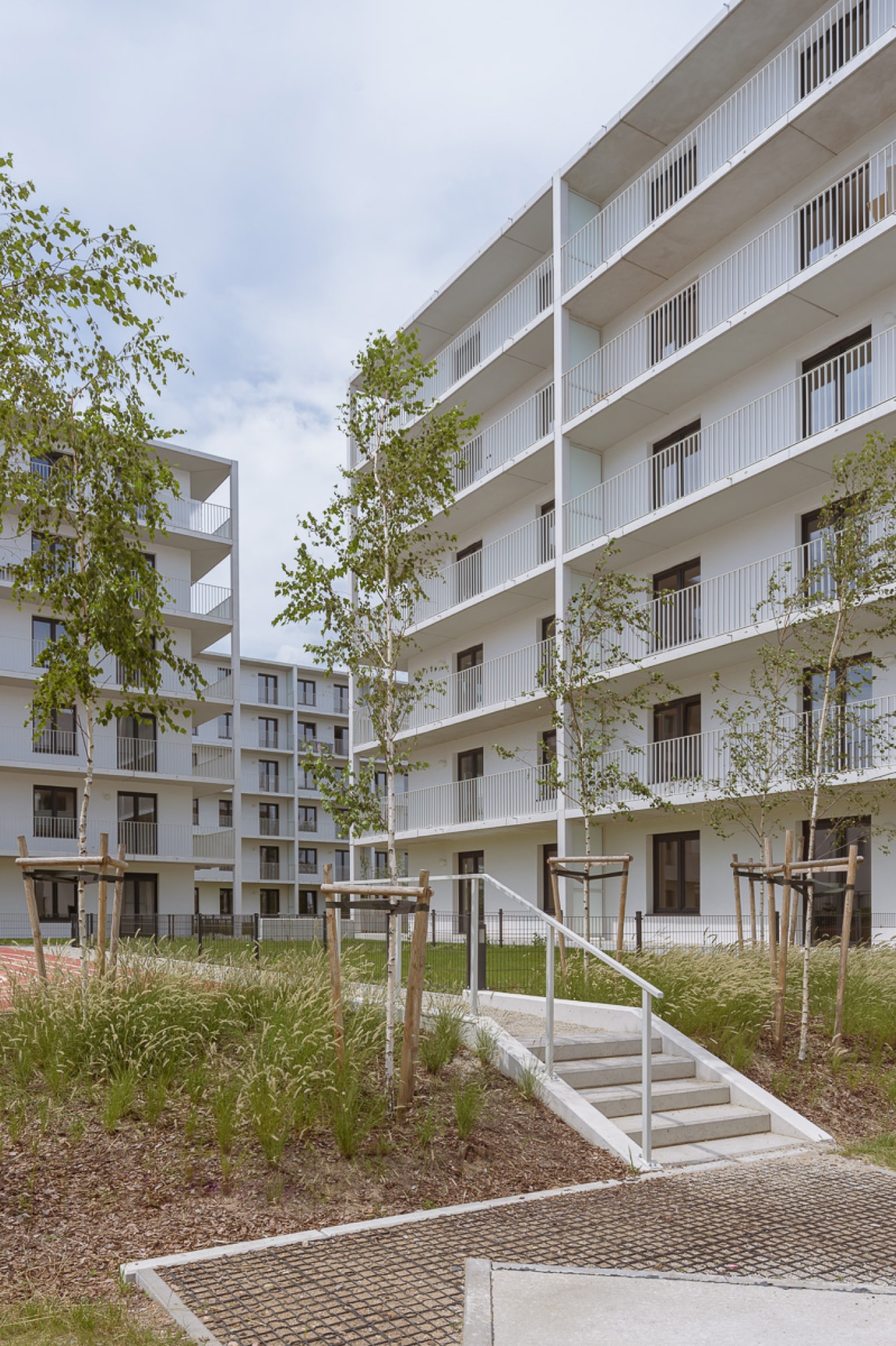 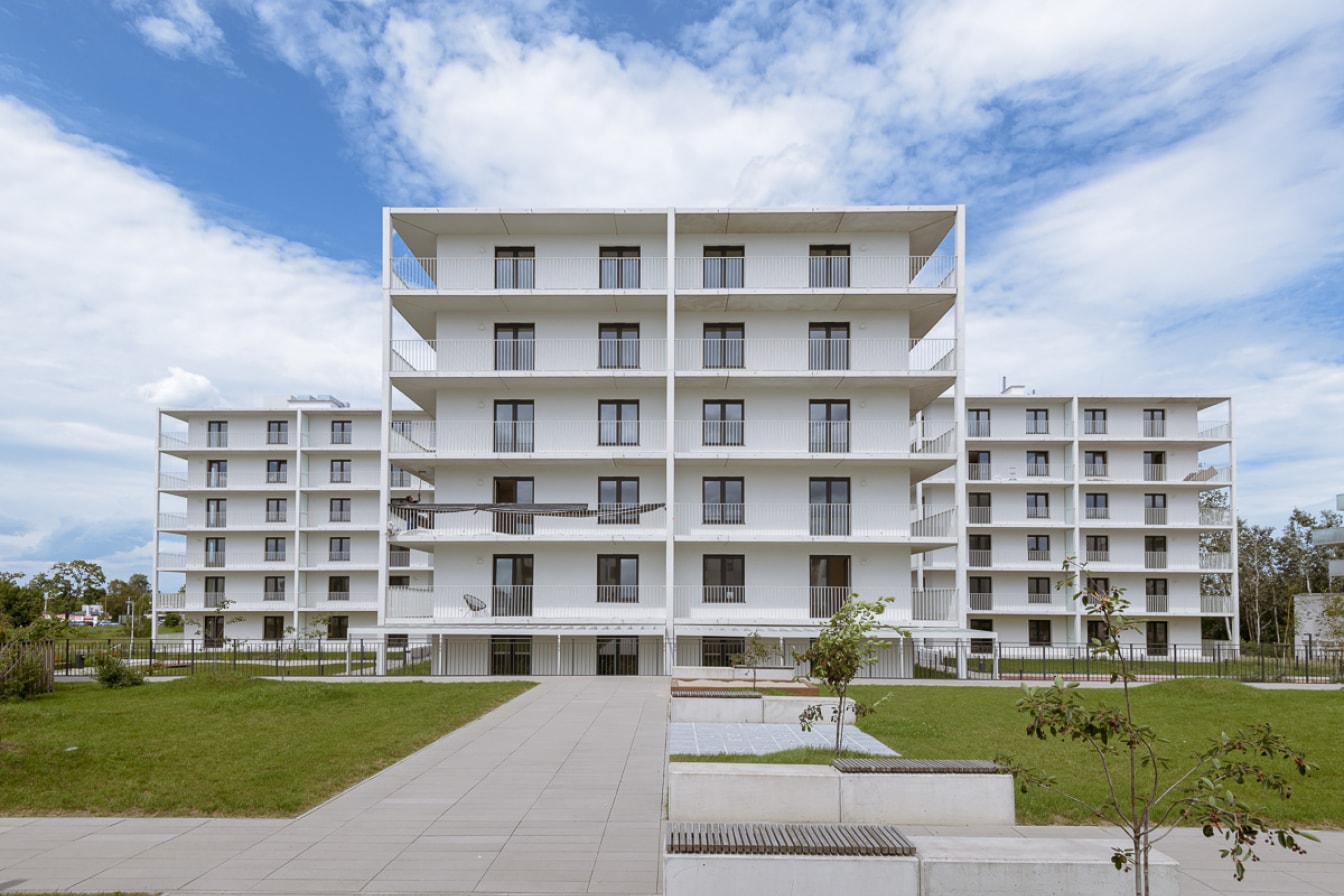 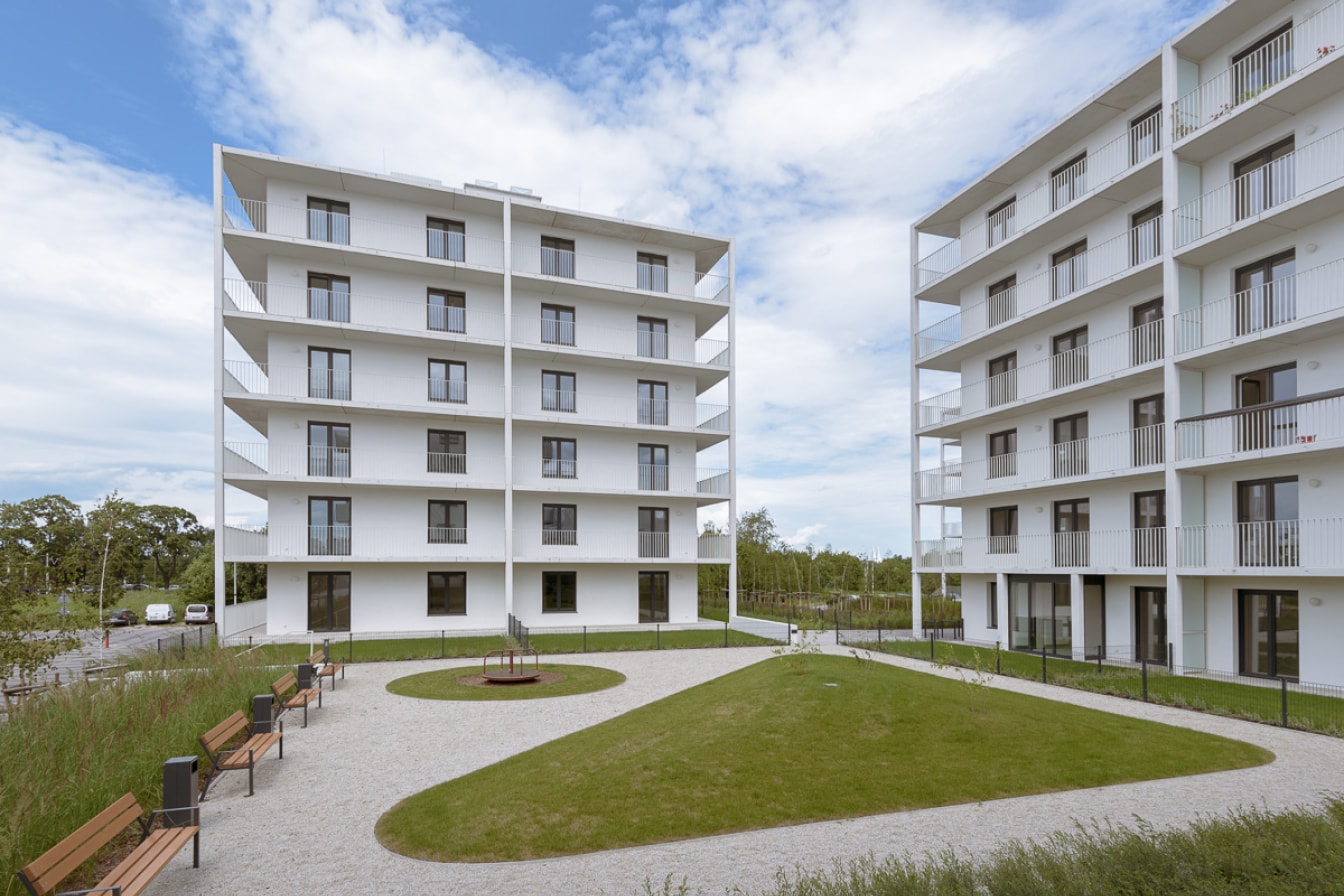 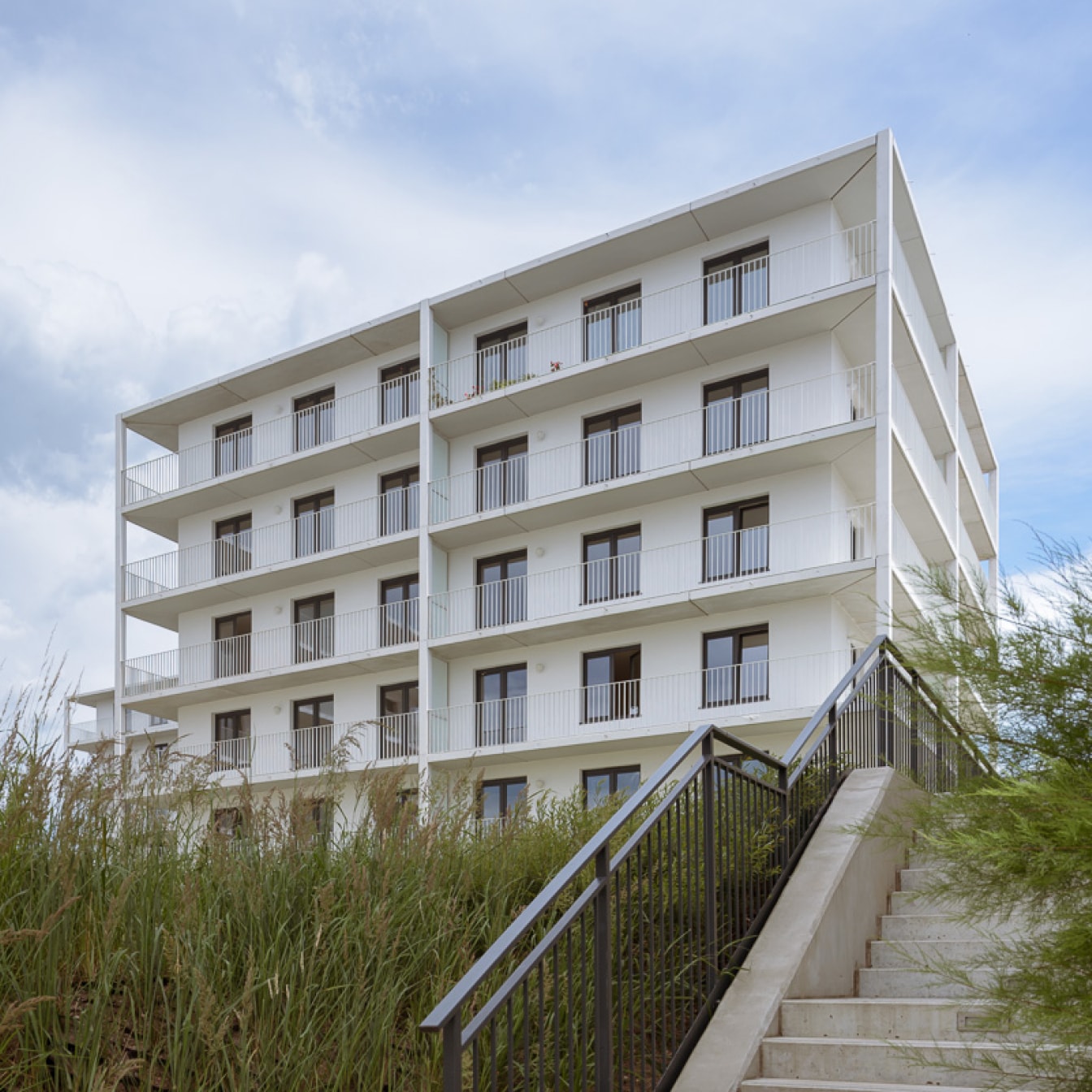 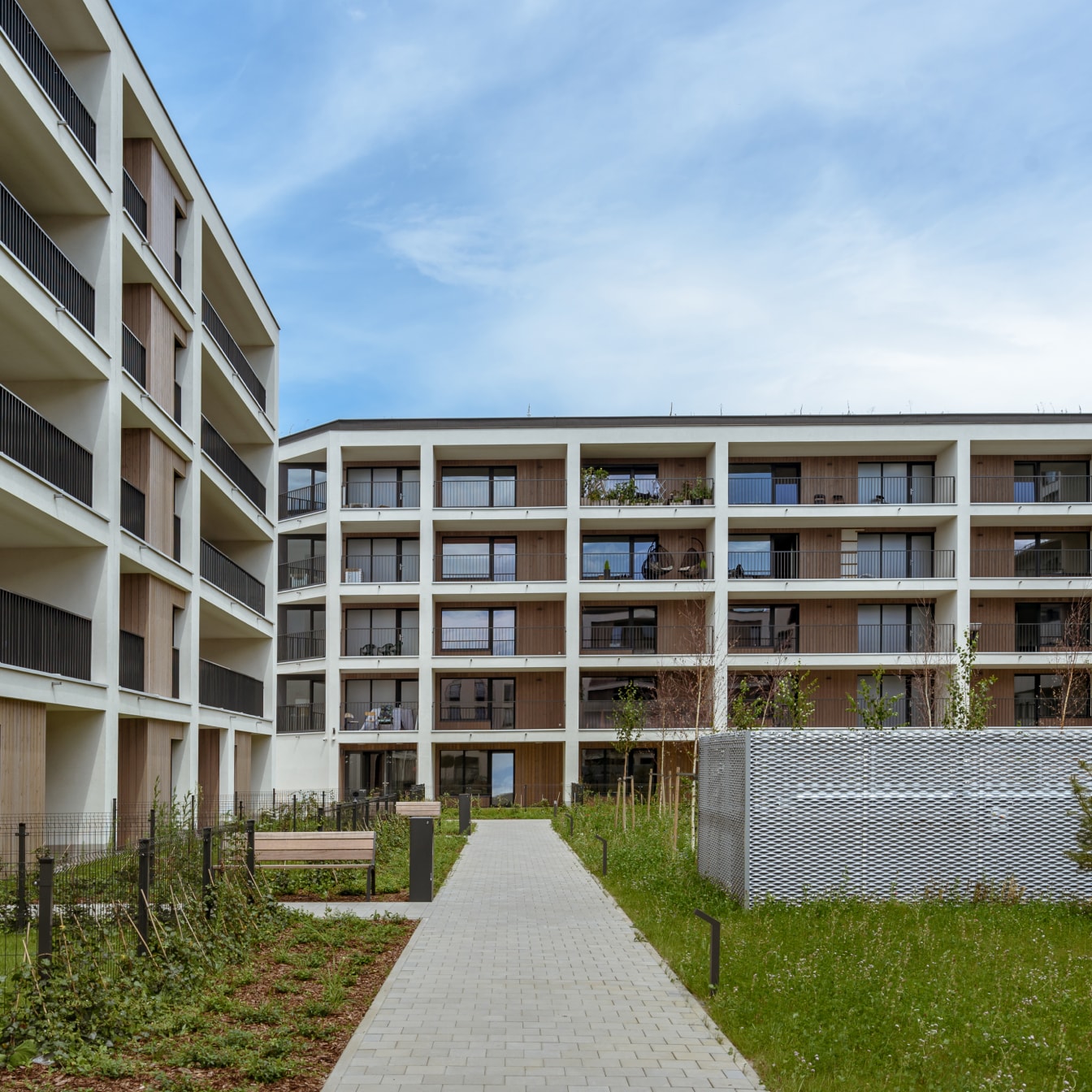 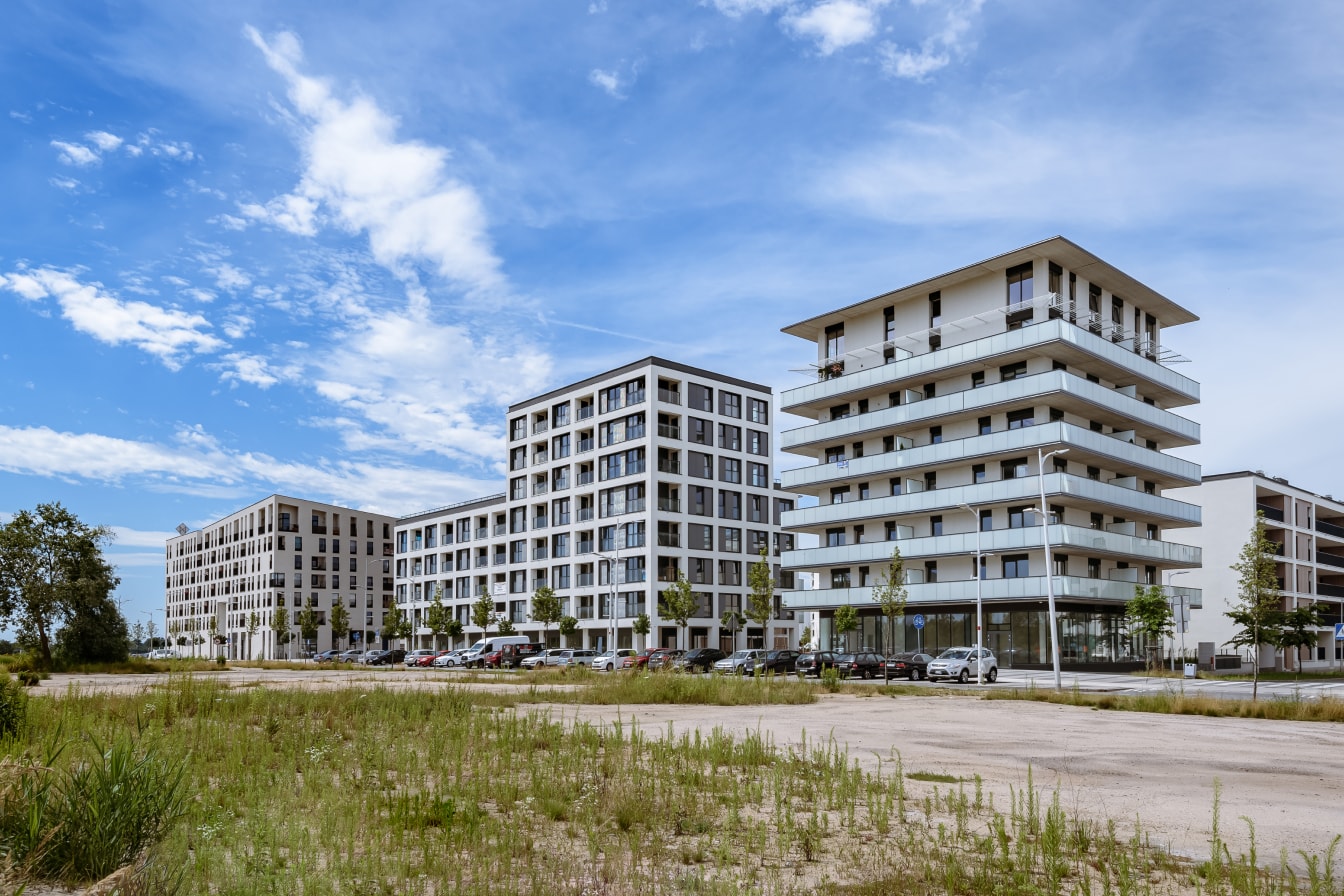 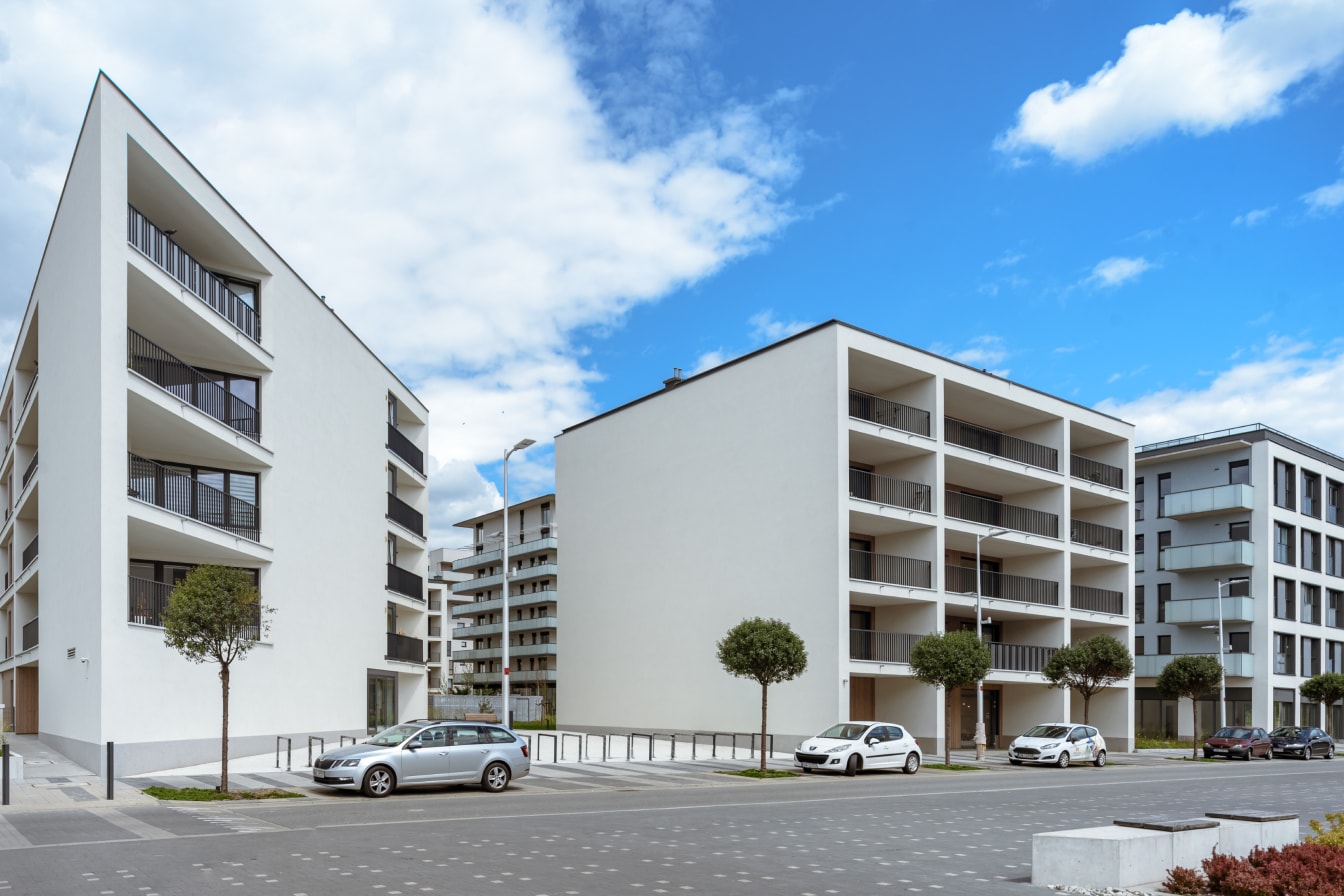 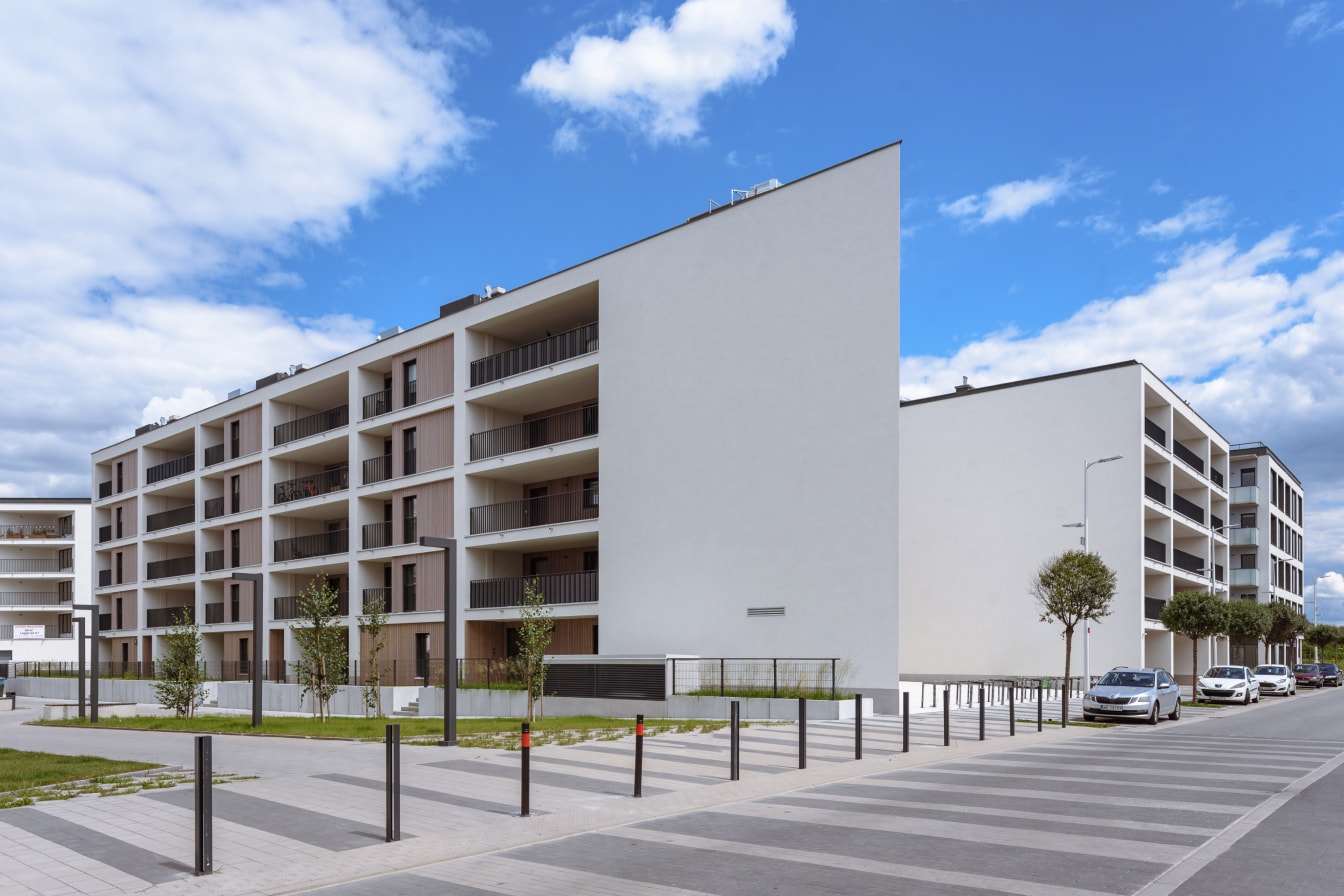 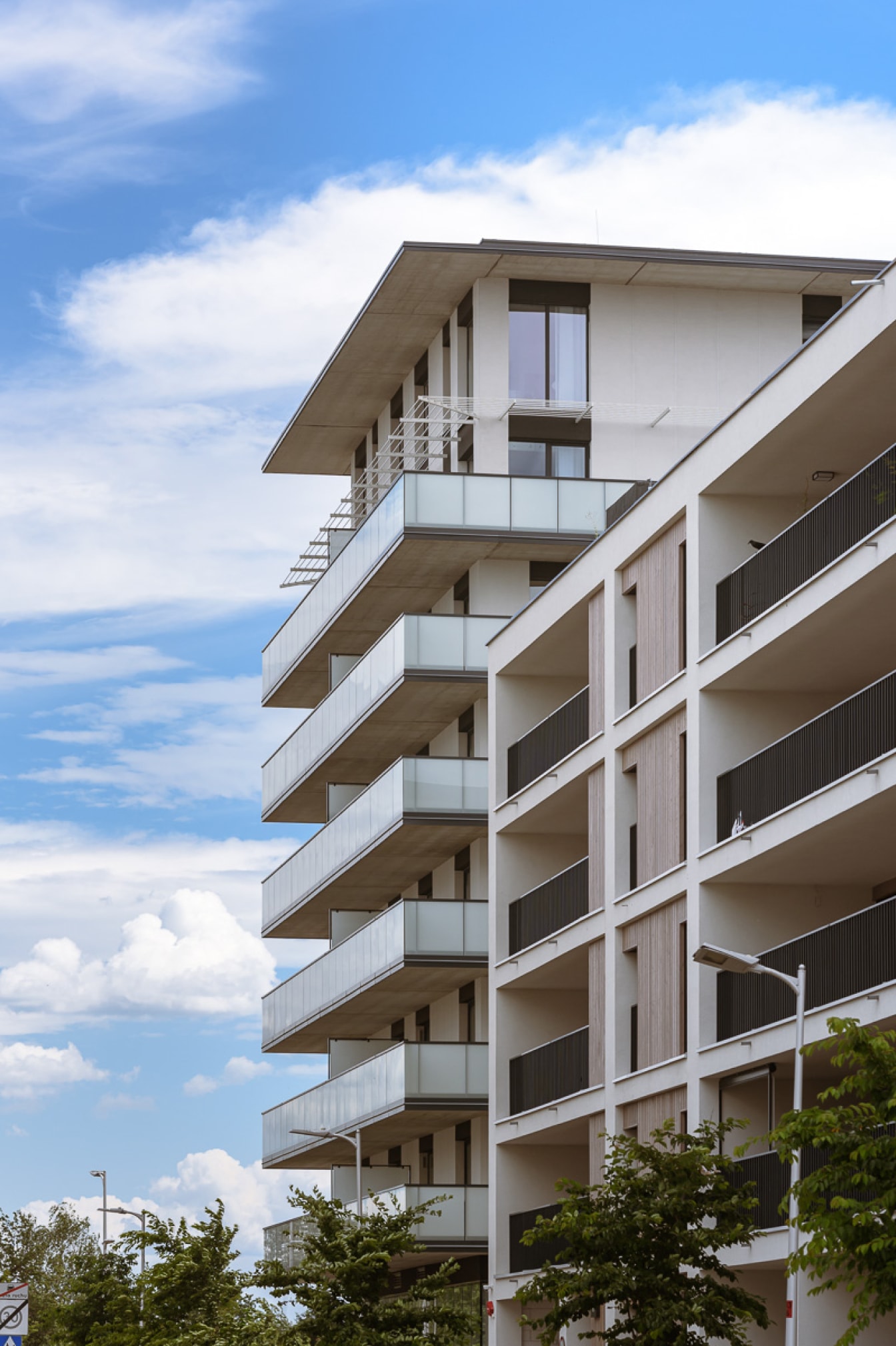 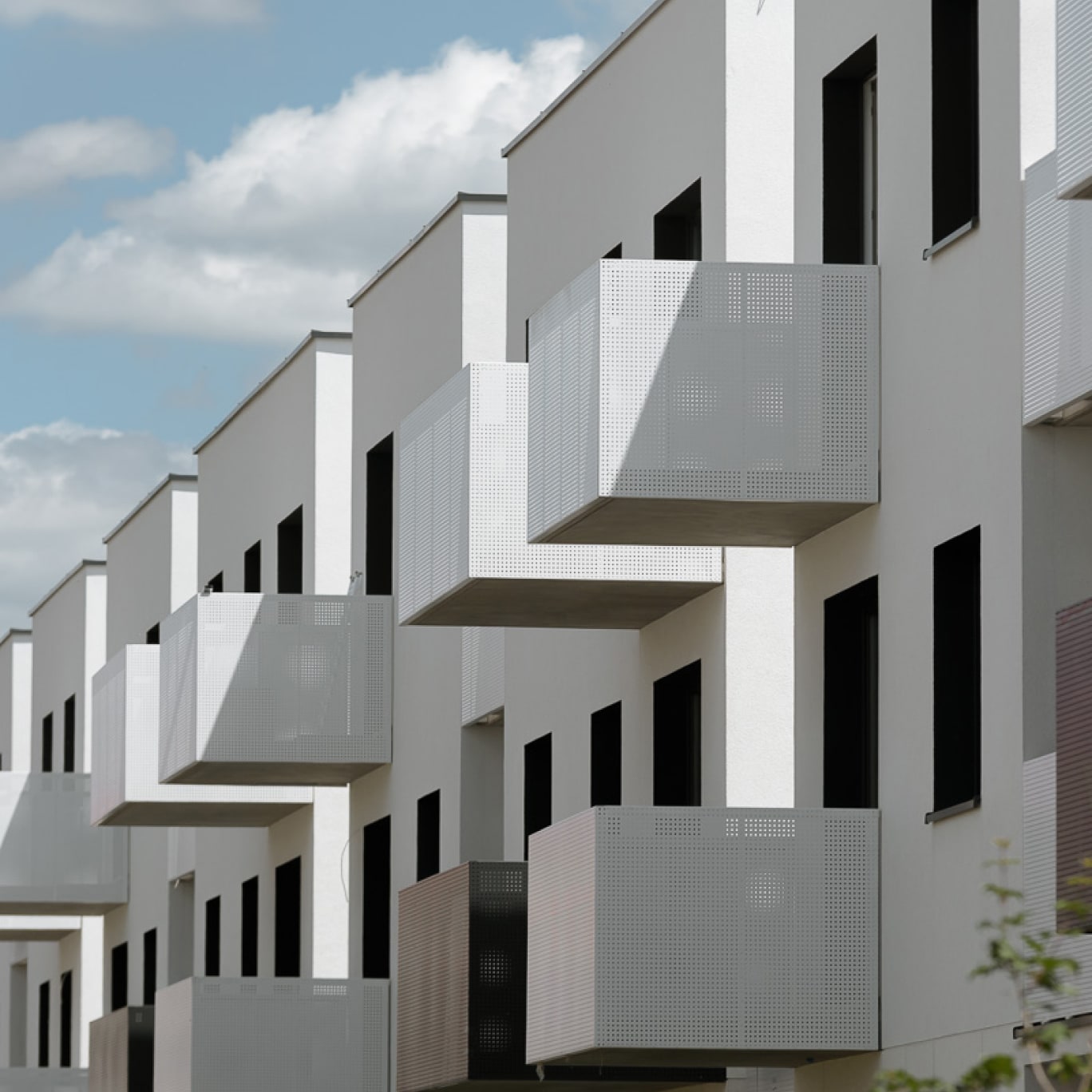 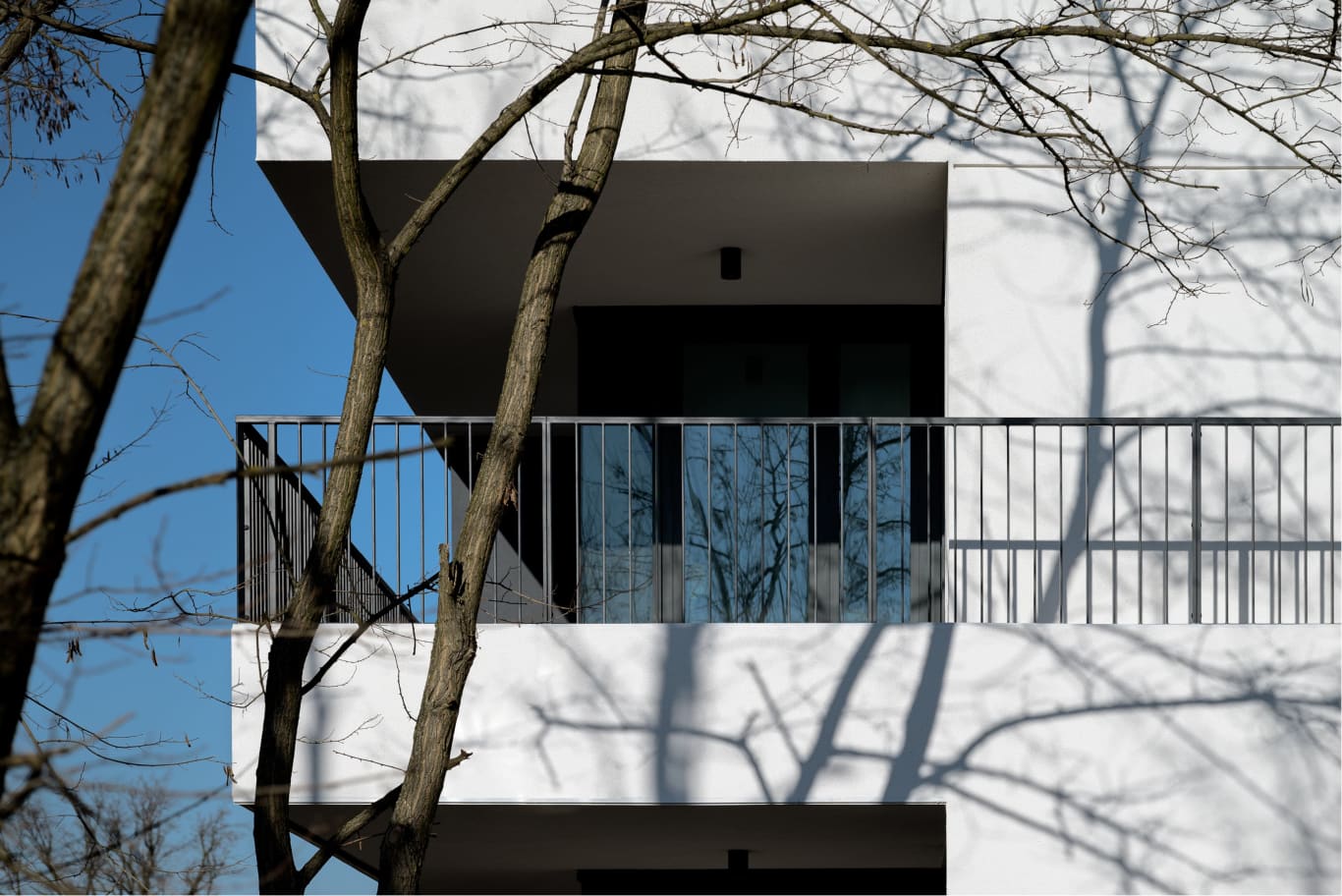 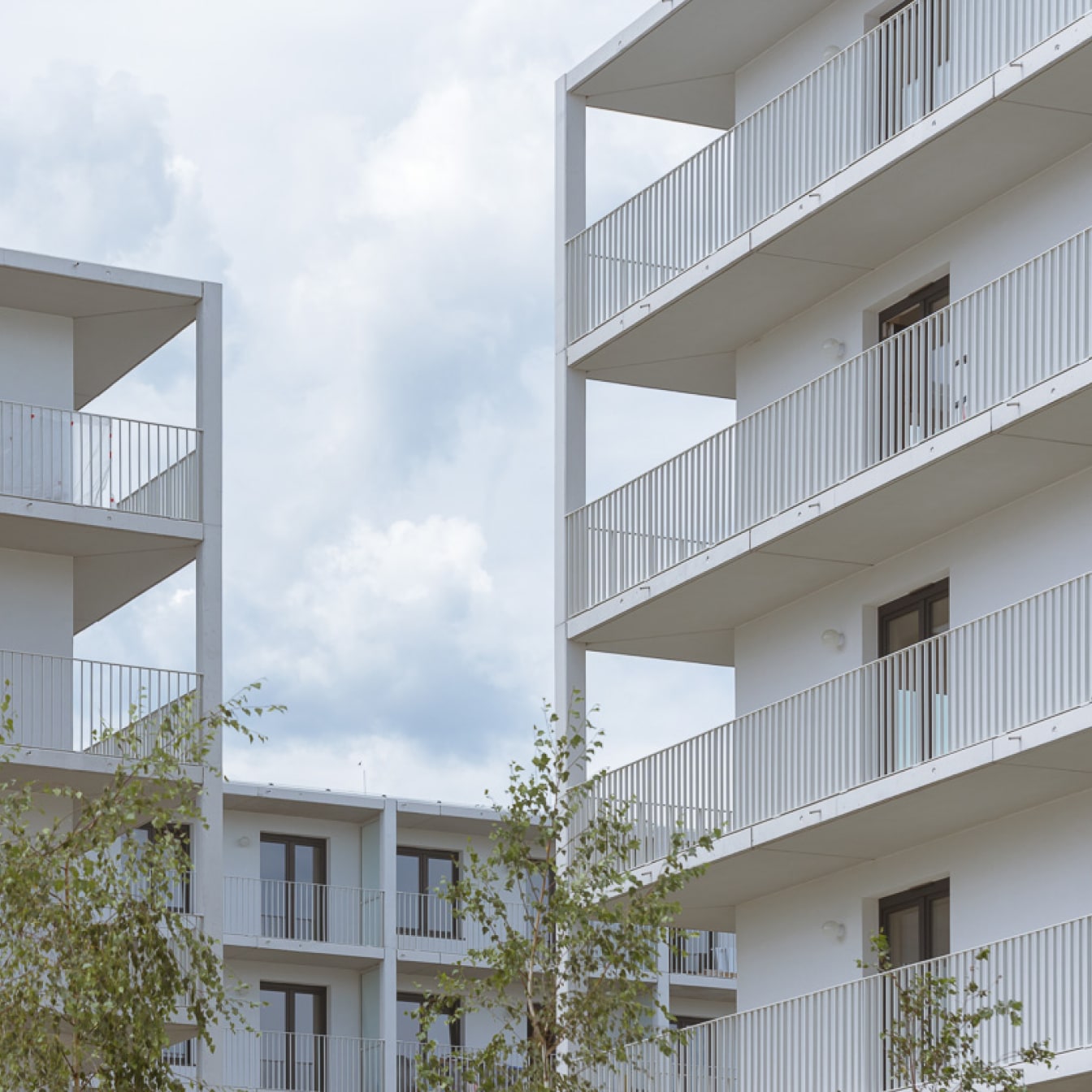